Uner is one of the most important names of the new generation of Spanish electronic music producers. His musical training allowed him to develop at a very early age a different dance music concept, based on the pleasure for harmony and the search for a unique, personal sound. This has lead him to edit for labels like Diynamic (where he’s an active member and has edited some of his most celebrated works, “Raw Sweat” and “Bassboot”, one of the most RA Top Charted Tracks in 2011 ), Cadenza (making his debut on the label with “Pallene” and “Cocoua”, most-hyped UNER’s tracks ever), Visionquest, Cocoon or Cécille to mention a few. UNER has earned the respect of the music industry with talent and work: names like Luciano, Carl Cox or Laurent Garnier play his music on a regular basis; clubs like Berlin’s Watergate or Space Ibiza.

Festivals like Sonar, Monegros or Rock In Rio book him oftenly; in 2012 he reached renowned positions in Resident Advisor charts (top 10 most charted artists of the year, three tracks in the top 100, top 40 most charted artists ever). Without a doubt 2012 was a great year for UNER but his ambitious spirit give him enough energy to go ahead for the next step. The results are obvious, especially in Ibiza, where he is involved in important parties such as Insane (Pacha), Ants (Ushuaia), Diynamic Neon Nights (Sankeys) or Carl Cox The Revolution (Space).

Apart from traveling around the world as a Dj, in 2013 UNER is still developing the live performance act, an audiovisual concept in which he uses state-of-the-art software and hardware to explore his most solid, personal side. The artistic expansion of the Catalonian producer will go on during the following months with the release of his debut album where he’ll express his way of understanding electronic music from a musical point of view and from the center of the dancefloor. 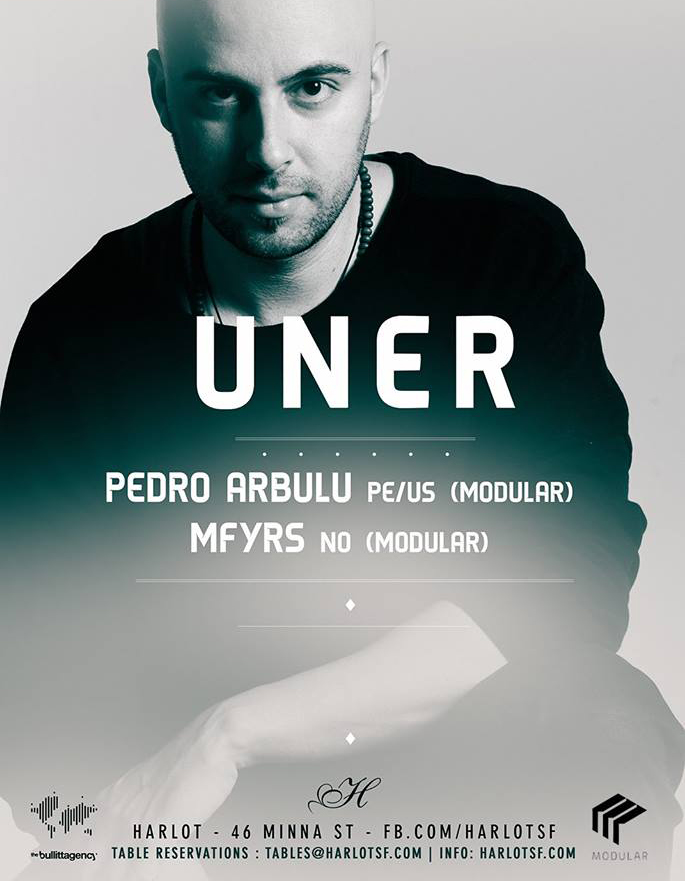