Thyladomid is no stranger to followers of Diynamic. He has stepped up into the international limelight back in 2010, when his single “The Voice” held the pole position on Beatport’s Deep House charts for six consecutive weeks and eventually got him a “Beatport Music Award” in the category “Top Deep House Track of the Year” (based on Beatport sales). Since then Thyladomid has been an inherent part of Diynamic, with regular appearances on international label showcases, its own festivals as well as with multiple successful releases on the label and its sub-imprint 2DIY4, including highly-acclaimed collaborations with Adriatique. On Thyladomid’s next adventure, which is his debut album ‘Interstellar Destiny’, he takes a different approach with his music: It does not feature the usual club sound you would expect from him. Instead, it mirrors his thoughtful and fragile nature in his songs, making this album as personal as one can be. “Many things inspired me,” says the man himself on the album, “but first and foremost it was movie scores. So when I was working on a track, I was actually imagining a movie scene that I would be doing the score for. The title ‘Interstellar Destiny’ means something in the way of ‘universal meaning’ or ‘human purpose’. Every track describes a process or a situation of our lives here on planet earth, a beautiful or not so beautiful facet of our existence. The album is very melancholic and describes my musical nature in regard to my perception of my surroundings. I hope I can illustrate that to the listeners.” He sure can, because the album is absorbing right from the off, thanks to the sombre bass and serene strings of opener ‘Intergalactic Spring.’ From there, the moodiness continues to build through ‘Generation Y’ with its whispered and intimate vocals and slo-mo beats. The colourful and charming ‘Brotherhood’ then gets a little more sun kissed and laid back, ‘Inner Space’ shows how well Thyladomid does deep house and elsewhere cuts like ‘Daddy Rainbow’ marry rich rounded bass with sensitive synths and vulnerable chords. A special mention goes to two tracks, which instantly stick: On one note the heartfelt ‘Mavericks’. Its sultry singing and the catchy melody definitely sweep listeners away. On the other it’s the feel good anthem ‘The Real Thing‘, which many will remember as one of last year’s Ibiza favourites. It was released as an album teaser EP last summer, including remixes by Stimming and Adriatique, and is still as passionate as it was back then. Featuring lots of magical vocals and laidback beats, lush chords and crystal sealer production, this album is a real step up for Thyladomid. It is a remarkable example of outstanding forward-thinking electronic (dance) music, something that will catch attention on the dancefloor, but especially a great (loud) home listening piece of music. The album proves Thyladomid’s huge talent and impressively demonstrates that he is much more than just a regular producer of club tracks. Facebook: facebook.com/Thyladomid.music Soundcloud: soundcloud.com/thyladomid 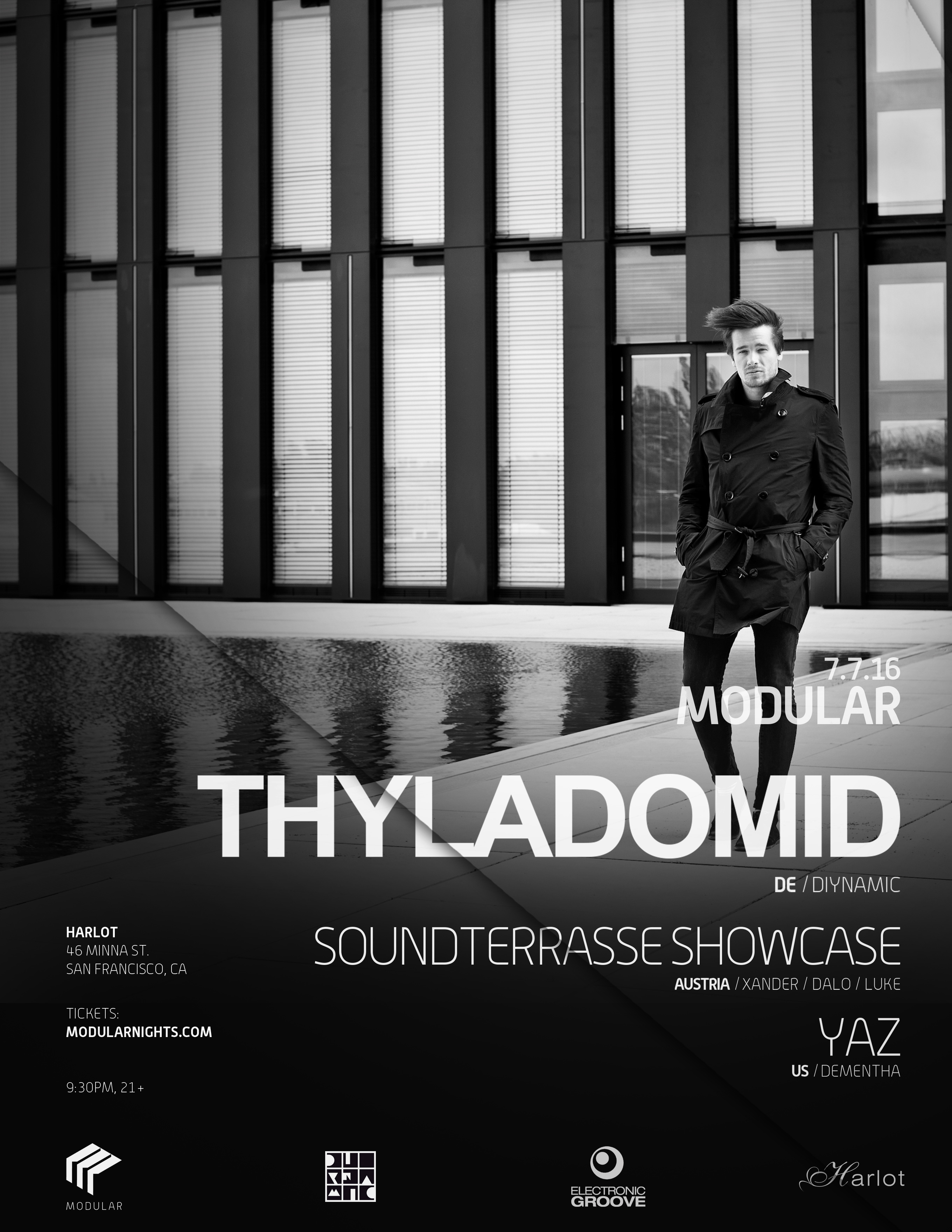