Supernova are Emiliano Nencioni and Giacomo Godi; an Italian DJ and production duo that have over the last decade made the transition from rising stars to established international talent, perhaps best known for their acclaimed and much-discussed collaboration with Kevin Saunderson on 2010’s ‘Beat Me Back’. They achieved their first notable success in 2007 when Sony BMG released their debut album ‘Downtown Underground, which included collaborations from the likes of GrandMaster and Melle Mel).

Looking ahead, 2013 marks the 10th anniversary of Supernova and perhaps the busiest year yet for the duo, which will include their third (as yet unsigned) studio album, as well as a ‘Best of Supernova’ compilation to be released on their own Lapsus Music

Performing alongside some of the world’s top electronic music artists, Moby, Max Cooper, The Martinez Brothers, Matthias Tanzmann and Martin Buttich, Pedro continues to connect to listeners with his heavily influenced sounds of House, Techno and Progressive. He draws his inspiration from the growing number of electronic music listeners around the world. 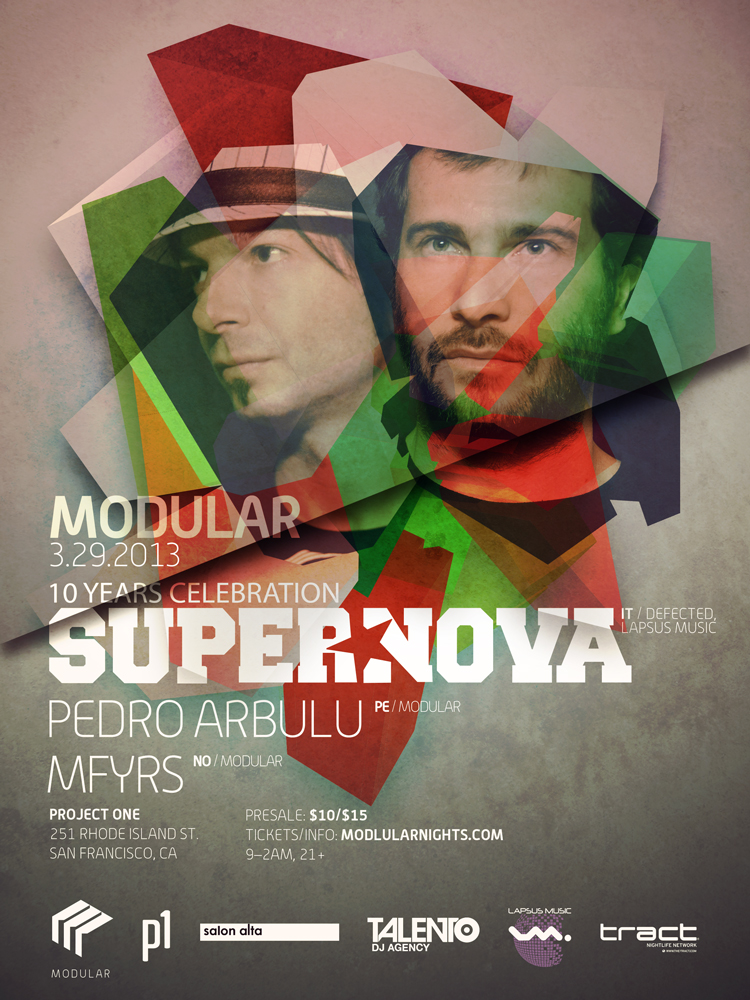