Stephan Bodzin has been a hugely influential figure within the global techno scene for years. The reason the German has endured where many had fallen by the wayside is because of his devotion to authenticity. “Without it, everything would appear to be nothing more than a hollow shell,” says the son of an experimental musician who is now a revered talent in his own right.
After starting out by composing music for several prestigious European theaters, Stephan Bodzin soon fell in love with nocturnal club sounds and began producing his own brand of techno. He impressed right from the off and has gone on to work with Marc Romboy many times, including on albums like “Luna” and more recently “Kerberos & Styx” in 2014, and with Oliver Huntemann under myriad aliases including Rekorder. The fruits of these labors have defined the modern techno scene until today.
“Throughout my releases and all my collaborations I managed to let my ideas flow freely and to develop my own style,” Stephan Bodzin explains, and he proved that with 2007’s debut album, “Liebe ist…” and the many other original productions that have followed, such as 2014’s single ‘Sungam’, which sat at number four on the RA charts, and his massive remix of Super Flu’s “Jo Gurt” in the same year.
Stephan Bodzin productions are driving, hypnotic things with a very real and memorable sense of melody that sticks long in the mind. Of course, running his own Herzblut label has also defined his career since 2006, and as well as being a place for his own work, has also housed refreshing contemporary music from Dominik Eulberg, Max Cooper and Pig&Dan amongst many more.
In the club, meanwhile, Stephan Bodzin is both a story telling DJ who really takes dance floors on a ride through his many musical influences, but is also an impressive live specialist who creates mesmerising, high impact soundtracks on the fly. Across all continents, there is barely a club or festival in the world worth its salt that he hasn’t headlined at some point or other.
2015 saw this Bremen mastermind release his second full length, “Powers of Ten”, as well as a new single on DJ Tennis’ and Tale of Us’ taste making label Life and Death. The album is another magical piece of work that focuses on melody and rhythm, on fat bass and vivid sound design and is a truly captivating journey through the mind, music, body and soul of one of dance music’s truly modern greats. After its release, a great team of modern music makers was enlisted to remix tracks from it: Maceo Plex & Shall Ocin, Fur Coat, Extrawelt, long time musical sparring partner Marc Romboy, Pan-Pot, Max Cooper, Agents of Time, Dominik Eulberg and many more all contributed to what is an essential collection. With a remix of ‘Sleepless’, a Pan-Pot track from their latest album, Stephan Bodzin closed the latest chapter of 2015 in what has been an exhilarating musical journey in his capable and creative hands.

With their successful debut album (‘HVOB’, 2013) and five EPs, HVOB have crafted a unique panoply of sound: intelligent and driving, challenging and melodic. ‘Trialog’, the second album by the producer duo Anna Müller and Paul Wallner, will be released on April 17th.

The remarkable story of HVOB began in April 2012. With the idea of making an entirely new kind of electronic music: intelligent, sophisticated, emotive and melodic.

Distinctive sound
This idea led to four snippets which were uploaded to Soundcloud – causing an immediate sensation in Europe. Their first EP (“Dogs”) was released in summer 2012. Then came the debut album in spring 2013 (“HVOB”), glowing reviews by critics all over Europe, Top 15 in the US Billboard Charts’ “Next Big Sound” category, several number 1 chart entries on iTunes, number 3 in the Beatport charts.
The two musicians behind HVOB are Anna Müller and Paul Wallner. Anna Müller composes, produces and also provides the captivating, hypnotic vocals. Final production of the tracks is done in collaboration with Paul Wallner in his Vienna studio. Together they are responsible for creating the unique sound of HVOB.

US debut at SXSW festival
HVOB are carving their own path not just with their distinctive sound but with their live performances as well. The duo always play live and perform with a drummer – a concept as innovative as it is successful: HVOB have just been voted number 2 best live act by the most influential electronic music magazine “De:bug” in Germany – beating off big acts like Darkside (Nicolas Jaar), Mount Kimbie and Disclosure.
The Vienna-based duo have already appeared live in over 20 countries in Europe, Africa, South and North America, including performances at the Elie Saab Show during Paris Fashion Week, Berlin Fashion Week and the most important European electronic music festivals such as Melt! and Fusion and also made their US debut at the SXSW festival in Texas last year. 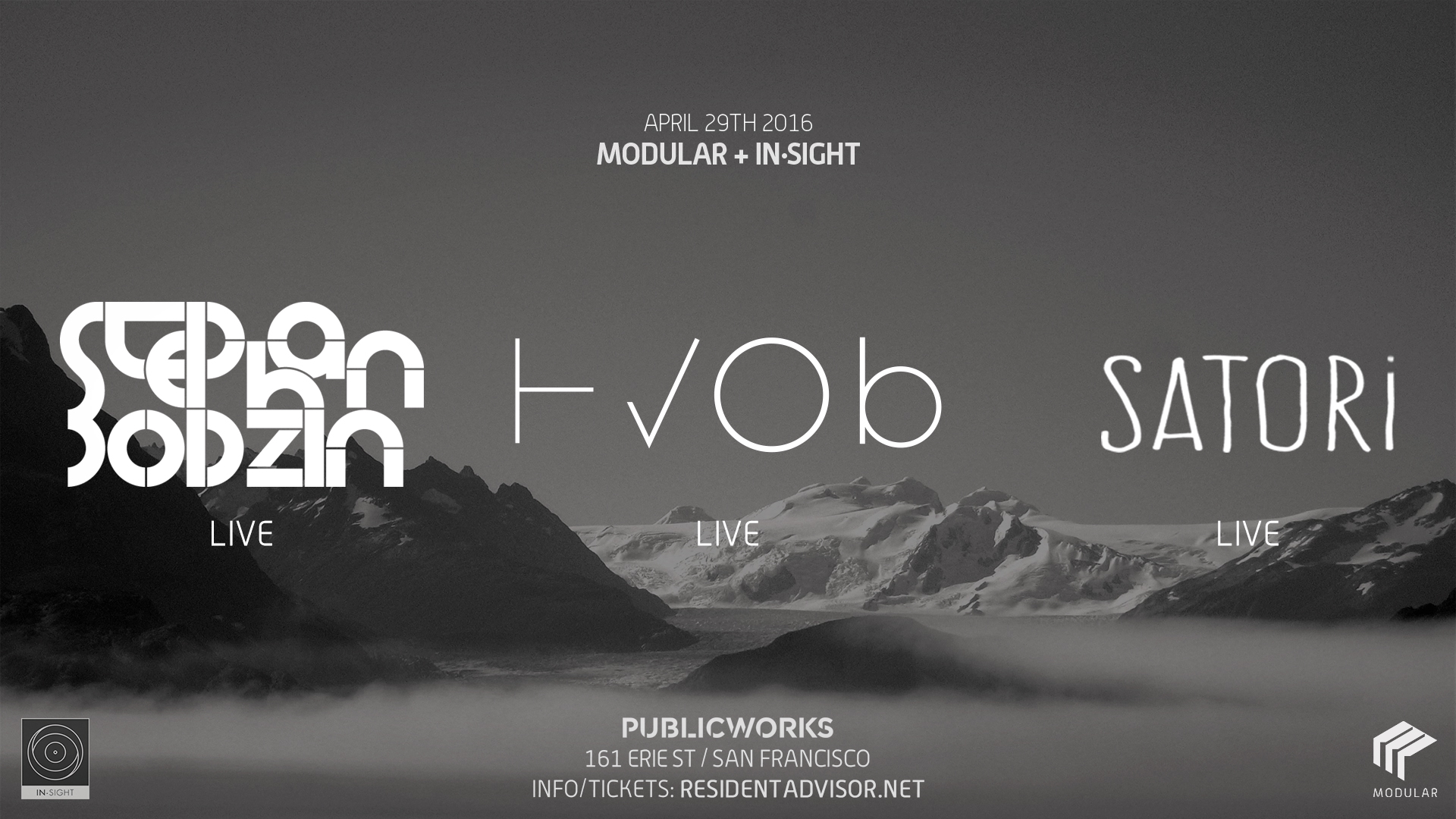