NiCe7 is the Italian duo comprised of Nicola Daniele and Cesare Marroco. Nicola and Cesare both started DJing when they were teenagers, and later joined forces in 2005.They have been releasing tracks for nearly 10 years on some of the biggest house and techno record labels, including Noir, Defected, Great Stuff, CR2, Toolroom, Nervous, Kittball, and Kling Klong. Winners of the 2012 Beatport awards for best tech house track of the year (“Point”), NiCe7 are the latest Italian stars to emerge in the deep-tech house market. In 2013, NiCe7 teamed up with fellow Italian DJ/producers and longtime friends, Pirupa and Leon to create the record label, D-Floor, to further extend their sexy and innovative sound. Their tracks have received incredible support and play by top artists, such as Jamie Jones, Seth Troxler, Luciano, Richie Hawtin, Marco Carola, Carl Cox, Solomon, Dennis Ferrer, and countless others. NiCe7 have played all over the world including tours in Australia and Europe and festivals in Germany, Greece, Italy, Mexico, The Netherlands, Serbia, Spain, and the UK. They are often headliners on “Defected” events and extraordinary parties in Ibiza. NiCe7 was also recently named as future stars on Pete Tong’s infamous radio show, Radio One on BBC.

An amateur becomes an artist when he commits himself to the experience of unadulterated self-discovery. Evan Casey was already an accomplished DJ,
headlining some of the most well-established and well-known clubs in Southern California and playing with top 100 DJs, when he decided to take a step back. The
club circuit had become bland and he knew there was something else that would strike a more genuine chord with his true tastes. It takes courage to make bold decisions. Through a few fateful run-ins, Evan found a new home with Desert Hearts, an intimate community rooted in house, techno and love. It was at this juncture that the unraveling of his old life became a more beautiful union of not just musical fulfillment, but also of the life-long partnerships
that guide fruitful careers. Evan’s inescapable energy permeates his presences as a DJ. His musical selection
never goes unnoticed, and he is consistently filling the main rooms of underground clubs and the dusty dance floors at festivals. As he continues his journey – now as an artist, rather than an amateur – Southern California party-goers should be anxiously awaiting what’s next from Evan Casey. 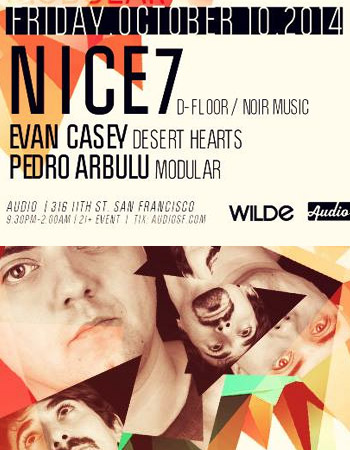