One Year of Modular | In association with Harlot San Francisco.

It sounds like a fairy tale: In 2005, 29-year old OLIVER KOLETZKI presses 500 copies of his underground hit ʻDer Mückenschwarmʼ onto vinyl. One of those white labels lands in Sven Väth’s record bag and whenever he plays the track, the people go wild. Shortly thereafter techno-king Väth signs the track on his empire Cocoon Recordings. ʻDer Mückenschwarmʼ – already considered a classic – becomes the best sold techno record of 2005, the best ever selling record on Cocoon and OLIVER KOLETZKI gets voted newcomer of the year in the prestigious Groove magazine.

But one would be fooled to think that this was the start of Oliver’s musical career. Since the tender age of 12 OLIVER KOLETZKI has been deeply infected with the production virus. He starts out by programming hip-hop beats on the C64, but quickly falls in love with more electronic sounds like breakdance and synth-pop, which he produces on the first Amiga computers. When he turns 18, he also starts to DJ in his hometown of Braunschweig and quickly becomes a regular in the local clubs. In 2000 he decides to move to Berlin to study music, as well as the cityʼs excessive nightlife. He promptly lands himself DJ gigs in smaller clubs and bars, but with the release of his first record things change for the better. In the summer of 2005 he starts to play festivals, gets booked by the most prestigious clubs all over the world and remixes the likes of Rockers Hi-Fi, Client or Cassius. However, while superstardom is lurking around every corner, Oliver stays down to earth: “I have been making music for nearly twenty years now. That provides me with a stable base against going nuts. Basically, I am still doing the same thing Iʼve been doing for years now: making music during the week and playing out on the weekends, even if it is on a slightly different scale now.”

In October 2005, while still riding on the success of his debut single, Oliver realises one of his biggest dreams: to start his own label. He founds Stil vor Talent, a label dedicated to pushing new artists and creating a platform for a huge variation of quality electronic dance music – from minimal techno over groovy house to pop music. “From the beginning I wanted to give people the same chance that I’ve had and offer them a platform to release their music. However: the quality of the music is the priority above everything else. Firstly, I have to like it”, Oliver comments on the philosophy of his label. And he is a workaholic. He still spends countless hours listening to demo tracks and goes out to see newcomers play live in small clubs. Up until now, Stil vor Talent can look back on over 65 releases that include Oliverʼs first artist album ʻGet Wastedʼ, the über-hit ʻ3 Tage Wachʼ or Oliver’s latest electronically influenced pop albums ʻGroßstadtmärchenʼ and ʻLovestonedʼ.

OLIVER KOLETZKI proves that it is possible to achieve commercial success through an underground sensibility, of which Lützenkirchenʼs ironic afterhour manifesto ʻ3 Tage Wachʼ is the best example: the song turns into the best-sold techno track of 2008. In 2009 Oliver continues this success story with the release of his debut LP ʻGroßstadtmärchenʼ – an electro-pop album featuring national and international big names such as Mieze Katz (MIA), Axel Bosse or Die Raketen as well as many newcomers such as singers Juli Holz, Pyur and Fran. With ʻGroßstadtmärchenʼ Oliver has achieved what only few techno producers manage to do: he made a record that marries pop aesthetics with club credibility. In 2010 Oliver seamlessly continued in collaboration with singer Fran and thus showed his tender side with the album ʻLovestonedʼ. While 2011 primarily revolved around Stil vor Talentʼs sixth anniversary as well as a number of high-caliber remixes, the spring of 2012 is going to witness the release of a new LP: ʻGroßstadtmärchen IIʼ. Here, Oliver remains true to his extremely musical style and thus combines melodic house with vocals by renowned artists like Jake the Rapper, Axel Bosse and Fran, and younger vocalists such as Jan Blomqvist, Björn Störig or Juli Holz.
In the summer of 2009, Oliver moreover founded his live band The Koletzkis with a few of his good mates as well as his wife, Fran. The Koletzkis have been touring through Europe for the past two years, filling concert venues and festival tents alike.

Label manager, producer, DJ, bandleader: above all, Oliver still manages to fill clubs around the world and makes people smile to his energetic DJ sets. Be it in the best clubs of Europe such as London’s Fabric or Berlin’s Watergate or major festivals like MELT!, Oliver knows how to perform and connect with his audience.

Musically, Sascha Braemer sure is an exceptional talent. Whether as a solo artist or as part of a collaborative project, his name is always synonymous with innovation.
Sascha starts DJing at the tender age of 20. The heart of the party world embraces him almost instantly as he transforms into an emotionally charged show act behind the decks. He loves to pour all of his energy back into the crowd and they usually thank him with ecstatic exhilaration.

Eventually, he starts working on his own productions in 2000 and quickly realises that he has discovered a new passion. As a universe of endless possibilities opens itself up through sounds, notes, melodies and grooves, Mr Braemer’s work as a musician reaches new heights. He manages to hit the right spot like no one else does – one only needs to look at the surprising success of his first solo release ‘Indian Flowers’ (Dekandent Schallplatten) for proof. The follow-up EPs ‘Ghost Hand’, ‘Go Loco’ and ‘Dirty Talks’ equally gain worldwide recognition. ‘Mamba Drums’, his release for Get Physical’s sub-label Kindisch Records, then sets his inevitable breakthrough as a solo artist in stone.

Full of ideas and aimed at the zeitgeist, with lots of sensitivity and a broad range of sounds, Sascha’s music amazes his fans time after time, and tracks like ‘People’ thus convince by being entirely unique. Subsequently, a large number of artists and DJs take notice of Sascha’s success and let him produce their records.

Next to his own imprint Supdub, Sascha also releases on the label arm of Berlin’s infamous Bar25, a place where he was a regular behind the decks and eventually met Niconé. Thus, two free spirits collided to form the project ‘Niconé & Sascha Braemer’, as well as the DANTZE label, which they run together with Philip Bader. The result of their deep running love for electronic music – the album ‘Romantic Thrills’ – was released in the autumn of 2011 on Stil vor Talent. One can get a taste of the duo’s sound in Germany’s clubs over the next months…

Niconé, the versatile musician and likeable style-icon: unshaven and latently bleary- eyed, of course, but elegant and – thankfully – modest at the same time. Alexander Gerlach has become synonymous with a certain playful touch and light-hearted attitude that flows through his music and goes hand in hand with a laidback natural tenor. Originally founded in 2007 as a collaborative music-meets-fashion project together with Helena Kapidzic, Niconé has since left his mark on the illustrious nightlife of Berlin and beyond.

Rightfully refusing to be tied to one particular sound, Niconé moves fleet-footedly between summery anthems, tight deep house and leftfield pop-not-pop, while all of his output is united by the fact that there’s always a twist – Niconé is anything but boring, in other words. While tracks such as ‘Una Rosa’ (2008) and the Bar 25 hymn ‘Nur mal kurz’ (2009) led to well-deserved underground fame early on, the last years have proven particularly fruitful. In 2011, Niconé teamed up with his good friend and partner in crime Sascha Braemer to record their hugely successful ‘Romantic Thrills’ album, released on Stil vor Talent. Showcasing a wide spectrum, rather than a rigid definition of house, the album was all killer, no filler, with standouts like ‘Caje feat. (Album Edit)’ becoming inescapable floor movers.

The past year saw ‘Why’, released on OFF Recordings and remixed by Monte, Niconé & Gunjah’s ‘Paez, Luv and Harmonium’ on Acid Pauli’s ‘Get Lost V’ for Crosstown Rebels, as well as two follow-up EPs on Stil vor Talent in collaboration with Sascha Braemer. Testament to Niconé’s special relationship with the infamous Bar 25, moreover, comes in the form of the soundtrack of ‘Tage Ausserhalb der Zeit’, the film documenting the Spree venue’s heyday. Naturally, one finds ‘Thänk You’ on it.
Added to this, Niconé founded another platform to realise his musical vision, launching the Dantze label in 2006 together with Philip Bader. The duo later on became a trio as Sascha Braemer came on board – the more, the merrier. With a mission to capture the essence of long nights and longer after-hours on record, Dantze relies on a solid core group of artists, as a family-like atmosphere is close to its heart. If a track fits their standards, they release it. To impressive results: 2012 witnessed diverse EPs by the likes of Dirty Döring, Nico Stojan, Gunjah, NU or Rampue, often with one or all of the label heads on remix duties. The kind of house music propagated by Dantze is best described as playful, different – not too unlike Niconé himself, then.
While Berlin has long been home to the Dantze parties, held at hotspots Watergate, Kater Holzig or Sisyphos, Niconé has recently been gracing the decks of Social Club in Paris, Fusion Festival and Hive in Zürich. Among others, Timewarp Mannheim and Rave Autonomica in Munich are confirmed for this year. But whether it’s within the context of an intimate club or the more exposed festival stages, Niconé remains true to his ethos: take it easy! 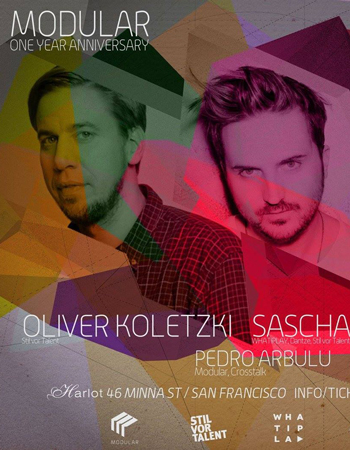