Jan Blomqvist, born in the 80s (not in Sweden) is a Berlin-based solo-artist and bandleader. It was him who invented concert techno: dreamy vocals and simple beats. With his band BLOMQVIST he’s into dancy electro-pop, as a solo artist, he plays club soul.

As a kid, Jan never cried, just sang. His hippie parents approved and bought him his first guitar. Just as he had learned to play like Keith Richards, he realized he’d rather be like Mick Jagger. He formed/founded his first band in a little village in Lower Saxony, Germany.

Then comes Punk: “musically rather destructive, but more or less character-building.” The first money earned was spent on an amp. The school band didn’t want him as a member. Their music was shitty anyway. At the age of 21, being an aerospace technology student, he gets acquainted with techno. DJs. It dawns on him that music could be a profession. “Being a teacher is riskier if you don’t like to get up in the mornings.”

In the daytime, he sleeps. At night, he constructs his tracks for hours on end. He earns (is earning) money as a bartender at weekend club and spends it on ‘educational trips’: Radiohead open-air concerts, Bar25, After Hours. Someday it’ll work: “to shatter the boredom in the clubs, to bring a concert feel to their dance floors, with simple vocals and minimal beats. Rock ‘n’ Roll in the club. Everything kept simple with finesse en detail.”

And then, boom: In 2011, a gig at fusion festival in front of 3000 people, releases on the Dantze and Stil vor Talent. “The more the merrier.” In 2012 a rooftop concert at weekend club; the YouTube clip is going to be seen by millions. 350 gigs in three years. Jan remembers them all: New York, Moscow, Paris, Istanbul, Los Angeles, Rome, San Francisco, Mexico City, Copenhagen, Brussels, Amsterdam, Milan, Athens, Budapest, Beirut, Tunis, Naples, Bucharest, Warsaw, Zurich, Marseilles, Montpellier, Thessaloniki, Munich, Vienna, London… For his first album, he’s taking as much time as he needs. He loves half beats but hates half measures. For him, being in the studio is/means to draw from his experience playing live (live experience).

And now, bang, there’s REMOTE CONTROL. With it’s immediate deep and characteristic JB feel. Radically democratic world hugging electronics. Bleep, bleep! To dance on a rooftop terrace while the sun’s setting behind dark clouds. Electro in drizzling rain. To ride the U-Bahn, feeling lost. Only to realize that you’ve already started nodding along long ago. In 13 tracks Jan blomqvisted his own musical journey: a pinch of Portishead, a dash of r ’n’ b, Radiohead of course, and the minimal sound of the noughties: Breathy melodies, souly vocals, clear and obscure lyrics. “Hey, whine at home.” The dancefloor is the transformer who turns melancholy into electricity and infects everyone: The concert lover and the raver bully, the escapist and the glitter girl. “The fucking rainbow has no gold”, Jan sings. His music helps us to get over it. 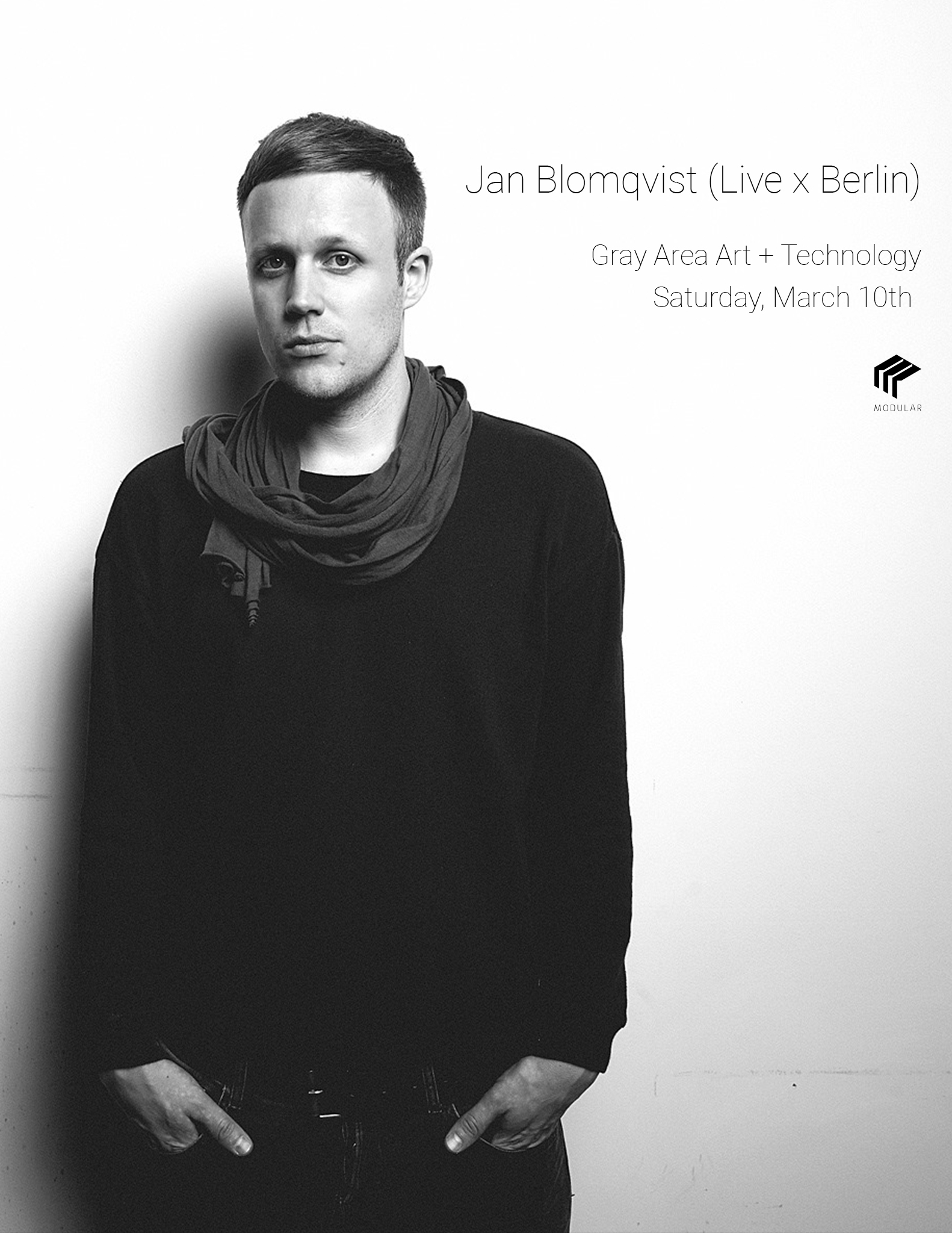