Edu Imbernon is a great example of how a young artist can pave his way to become respected in the electronic scene with his talent as a producer and DJ. After the worldwide hit “El baile alemán” (Liebe Detail, 2009) produced with his friend Coyu, appointed “Best Underground Track of the Year” by Beatport, several tracks have followed for labels such as Get Physical, Young Turks, Skint, Stil vor Talent, Cr2, Noir Music, Trapez, Great Stuff, Dynamic and his own label Eklektisch. His quality as a producer and his ability to add a nu-disco tint to his edgy dance floor tracks, have led him to remix bands such as The XX, showcasing this homogenous blend of electronica, house and indie.

Edu Imbernon has also done remixes for Maya Jane Coles and X-press 2. The emergence of Edu Imbernon on the dance scene has not gone by unnoticed by the electronic music press, which has acknowledged his artistic quality by awarding him several prizes: Best New Producer 2010 and Best Track 2010 and 2011 at the Spanish Dance Music awards, and also named an up-and-coming star by Beatport in 2010. His aim is to make music that can be felt and is full of energy, in order to reach his audience. “This is the only way that people will remember your music, trying to make them feel something special and making them dance”.

Performing alongside some of the world’s top electronic music artists, Moby, Max Cooper, The Martinez Brothers, Matthias Tanzmann and Martin Buttich, Pedro continues to connect to listeners with his heavily influenced sounds of House, Techno and Progressive. He draws his inspiration from the growing number of electronic music listeners around the world.

Celebrating the Birthday of and Hosted by Ali Khalili. 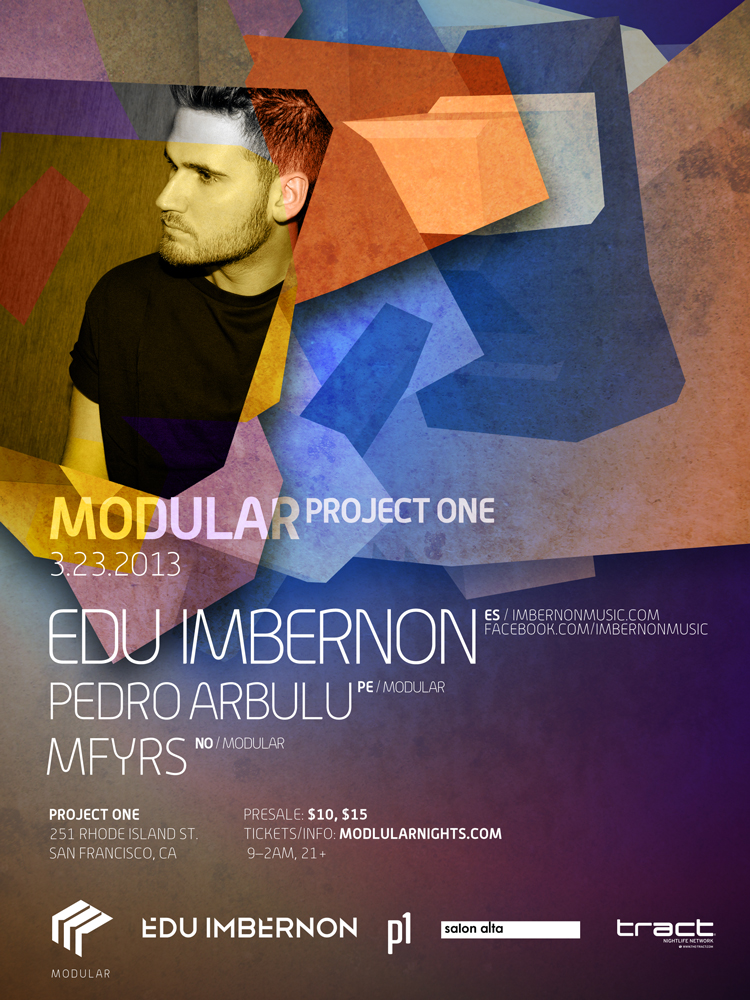