A pianist since the age of 5, now 24 years old, David August is most likely the only artist to be invited to join Steinway & Sons Piano’s prestigious artist program and to have delivered one of the most discussed and critically acclaimed sets for Berlin’s edgy underground party series, the Boiler Room. Gravitating towards both, the classical and electronic side, August manages to navigate an unusually vast spectrum of music.
The last few years have moved at an incredibly rapid pace for August. At just 20, he made his debut release on Hamburg’s hugely influential Diynamic label with his Instant Harmony EP. Several more EPs followed, which included break out tracks such as Hamburg Is For Lovers (2011), heralding August’s arrival as clubland’s wunderkind.
It was with his 2013 conceptual debut album Times that August gave us a deeper glimpse into his artistry. Times saw August move beyond the dance-floor, creating an album focused heavily on live instrumentation and the use of his own vocals. During the year long-recording process of Times, August made the decision to quit DJing and only play live. It was a decision quickly validated – in 2014 he was named as one of Resident Advisor’s top 5 live acts in the world.
Since the release of Times and the switch to performing live, August’s schedule has exponentially filled, taking him to over 40 countries, and seeing him play the world’s leading venues. Conversely, August has still found time to continue his rigorous Tonmeister studies at University of the Arts Berlin, blending technical innovation with further classical training, while also making his debut for Dixon’s Innervisions label, with one of 2014’s most acclaimed EP, Epikur. Epikur, combined with a string of successful remixes in 2014, led Billboard Magazine to proclaim August as “one of house music’s brightest hopes”.
2015 will witness further evolution in August’s production and performances; four sold-out concerts at Hamburg’s Planetarium in partnership with a live guitarist, the debut of his new band project David August & Ensemble at Berlin’s renowned X-Jazz Festival, shows with the Deutsches Symphonie Orchester (DSO) Berlin in 2016 and the launch of a label, all indicate that we’ve barely scratched the surface of one of electronic music’s most engaging artists.

Rampue Bio
Oh my gosh! That‘s his sound now?“ That‘s pretty much the reaction when someone hears Rampue’s „Sonne, Park und Sterni“ for the first time – it‘s a hit. Frankly, yes, Audiolith, Rampue it all used to be different. The boy went through a lot because he was searching. And you don‘t have to ask him, you hear it, he has found his new style. Rampue’s sound – to the first impression – arrived where he is living right now. The sound of Berlin during the snuggly Summer. But if you listen again, while dancing to one of his live sets, something in you happens, something one wants to achieve on the dancefloor: You have to close your eyes, a tiny moan escapes the lips. Now you can decide whether you want to dance or to further listen to what Rampue is creating and nesting between soul vocals, bassy basslines and accurate high hat placement. One could now also mention references to avoid labeling a genre, but honestly, Rampue is more than Keta-Disco and Disco-House. He will keep on searching and one would not want to miss one more step of this search. 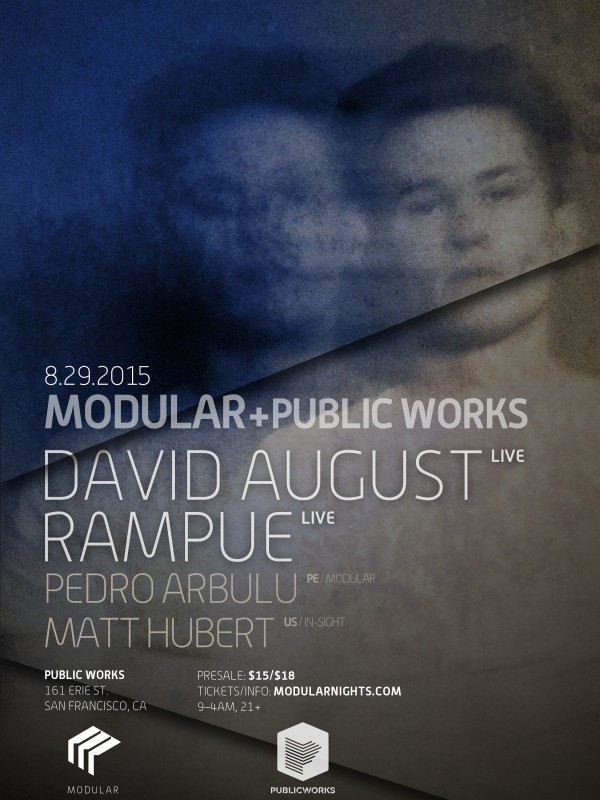