Sebastien Leger was not able to make it due to a visa delay. As a result we are bringing you Modular Nights with local Modular talent and resident DJs Crosstalk, JOill, Keith Kraft, Sax Taxi and MFYRS.

Come support your favorite Modular DJs and personal friends at what will be another fantastic night at the beautiful Audio Discotech with its class Funktion One sound system.

Crosstalk is a duo of two San Francisco based producers: Benjamin Jorgens and Pedro Arbulu. From deep and heavy to upbeat and funky, this covers the wide range of sounds you are likely to hear from them both above and below ground.

Jon Sax approaches the electronic music scene first and foremost as an enthusiast. As a Detroit native, his love affair with house and techno began through attending underground events of local DJs and producers from Ghostly International, Paxahau, Detroit Techno Militia, and Gary Springs Hunting Club. From there he began DJing and promoting in Ann Arbor through his student group MEDMA. After three years at Bullitt in Washington DC, he’s been at Liaison Artists in San Francisco since 2013.

Whether he’s in the middle of a mix or just out supporting his artists, you’ll see his smile behind the decks of the best clubs and festivals around the world.

Having performed alongside the world’s top electronic artists, such as Moby, Hernan Cattaneo, Tube & Berger and Oliver Koletzki, Pedro has a passion for deep, dark and driving hypnotic music from deep tech house to disco.

Off the dancefloor, Pedro shares his inspiration in musically possibilities by teaching music production to aspiring electronic musicians at the prestigious Pyramind Training Music & Audio Production School in San Francisco. 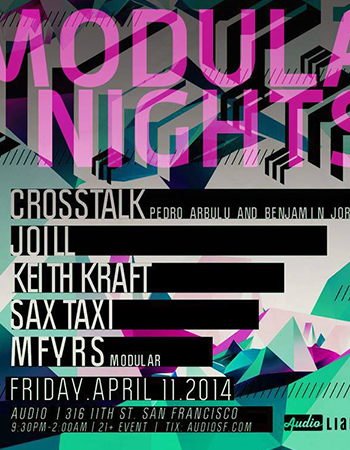