Ten years since his debut and critically acclaimed album release, ‘Blossom’ on PIAS recordings, Agoria is still growing and has become a true pioneer of his style, creating an original epic metamorphosis of dub and acid that takes techno beyond where it started.

His three consecutive albums (‘The Green Armchair’ 2006, soundtrack ‘Go Fast’ 2008 and ‘Impermanence’ 2011) elevated him to cult status and Resident Advisor named his ‘At The Controls’ release in the top 20 best of the decade (2000-2010). His production techniques have collided with an army of notorious artists including Tricky, Neneh Cherry and Ann Saunderson.

Agoria cares more about the music than titles. A student of cinema school he recently created FORMS, a visual and conceptual installation where the DJ is just an element of the show – the motor of the music – engulfed in a vast structure submerged in mapping video, images scripted and graphic composing. FORMS takes us to the heart of the industrial world; to the absolute essence of electronic music, its architecture and history.

As one of the founders of Nuits Sonores festival in his hometown of Lyon, he takes a shamanic approach to creating the perfect environment for the music. Born out of a repression of the city’s nightlife, the Nuits Sonores festival has eclipsed its rebellious roots to become one of the most celebrated for its music and integration with the Lyon community featuring DJ workshops for children and taking place in beautiful historic buildings.

Sebastian Devaud AKA Agoria grew up in rural France. His father was an architect and his mother a Spanish and classical teacher. His name evolved from the name of an event series he started as a teenager, Agora, loosely meaning ‘meeting place’ in ancient Greek.

Agoria’s dextrous production skills are sought out from the worlds of film and fashion such as with his soundtrack for the film ‘Go Fast’ produced by Luc Besson and directed by Olivier Van Hoofstad. He is now a music director or the high-end French label Courrèges and recently produced the first album from female singer Kid A who featured on his last album.

In 2011 he delivered an episode of the fabric mix series, one of their most successful to date. In the same year his album, ‘Impermanence’ featuring Carl Craig and Seth Troxler came on his own notorious InFiné label. Started in 2006 as a “laboratory” that followed no rules, shied away from trends and featured young and new talents from various parts of the world, InFiné is now part of Agoria’s past as he left to concentrate on new musical directions, projects that will be announced before the end of 2012.

In between these roles he manages to maintain and enjoy over 100 gigs a year that take him throughout Europe, USA, Asia, South America and to some of the most cutting edge cities of the world. His favourite place is Japan for its food, idiosyncrasies and humorous nature. A true Frenchmen, he knows to share and to laugh are the key ingredients to a good life.

Christian’s story has only begun to be written…. His obsession with dance music began after attending some of the earliest rave parties in his native Guadalajara and Mexico City at the young age of 15, where he grew inspired by the broad musical landscape as well as the quickly growing music scene bustling at that time. Playing his first DJ gigs out at the age of 18, he quickly began to make a name for himself by playing underground parties, maintaining residencies, and organizing full-moon parties all across Mexico. After making the move to San Francisco in 2000, he started working atthe now defunct Nemesis distributor, helping to service dance music stores across the United States as well as his own record store in Mexico.

Christian quickly began to carve a name for himself in the San Francisco dance music scene, playing at the hottest local clubs and underground nights such as Kontrol, Blasthaus and the legendary Sunsetparties. Inspired by the local sound and underground scene of San Francisco, Christian founded Bang the Box alongside local DJs Solar and Lance DeSardi. Launched in 2008, Bang the Box parties have become one of the hottest tickets in town for both guest DJ’s, live acts and breaking fresh, new talent into the dance floors of the greater Bay Area, something which Christian has been particularly excited about. Some of their booked acts include Ame, Marcus Worgull, Mr. C, Ewan Pearson, Sebo K, John Tejada, Alexkid, and the list goes on…

These nights have earned BTB a place in the music scene with a defined sound all their own. In light of this success, BTB has paired up with acclaimed producer and DJ Brett Johnson to create Bang the Box Records, a label through which they have been able to share these sounds of the underground. Christian is also the host of LoveLetters,together with local music figure Sammy D of Pillow Talk and Dirtybird, a monthly night showcasing the sounds of obscure, up and coming talent, always seeking out artists that are less mainstream and creating a platform for them to be heard in SF. By melding Techno and House into his own signature blend, his good ear and taste for music has allowed him to travel with his sound to not only Mexico, but Spain, Holland, Brasil, Japan and the across the United States.
——————————————
Pedro Arbulu (Modular) 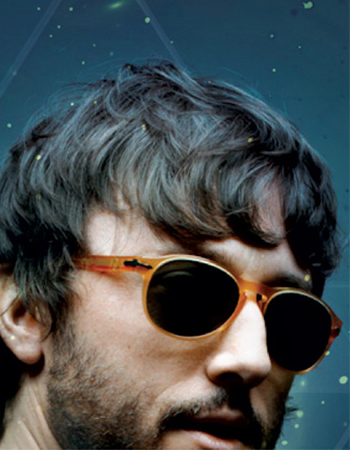